​Chris to add album and write up from visit last year with KPMG... 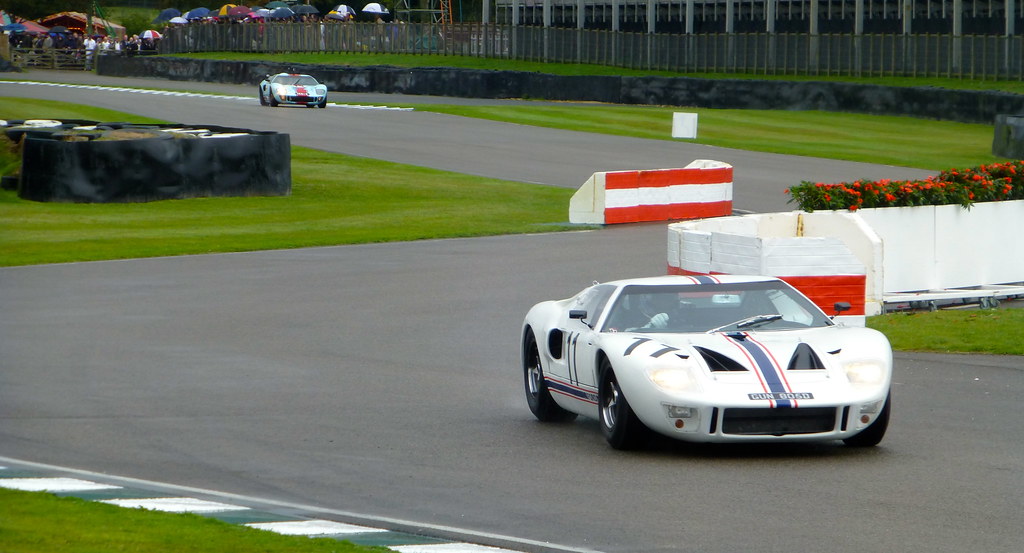 ​Since 1998, the Goodwood Revival weekend has recreated the best of the immediate post-war, 1950s and 60s racing scene at the picturesque Goodwood racing circuit just north of Chichester in West Sussex.  As well as seeing  some of the finest sports, racing and touring cars from a bygone era being raced around the track, a key part of the Revival meeting charm is the effort made by the spectators to dress in period attire, including military uniforms and 50s and 60s fashion.  Goodwood has worked extremely hard to restore the workshops, pits, shops and other buildings to look just like they did when Goodwood was in its heyday.  The whole experience really is just like stepping back in time, even the programme and entry ticket look like they date from the 1950s!

The route to Goodwood from London/the M25 starts with the multilane A3 heading south before the exit on the A283 at Milford to Fernhurst, Midhurst and Petworth.  Even on a damp Friday morning, the route is a good ride, through some of the finest scenery in Hampshire and Sussex before arriving at the Goodwood estate.  The queue to get ​to the car parks left us in no doubt that we'd travelled on the right mode of transport!

We were at the Revival on Friday which is a largely a practice day for the various races on Saturday and Sunday.  Even for practising, the drivers don't hold back and it's great to see priceless cars and bikes (almost) making contact in an effort to gain an extra 1/10 of a second around the track.  And like all race meetings, the noise is awesome!  In addition to the track action, there are loads of exhibits and period shops to explore as well as access to the paddock where mechanics are hard at work tending their vehicles. The display of cars in the paddock would grace any motor museum, with exotic models from Ferrari, Maserati, Jaguar and Alfa Romeo, to name but a few. The best part of this museum of course being that the exhibits are all being used for the purpose they were built which is so refreshing to see.

As well as cars and bikes, there is also a great range of planes on display at Goodwood (and many more used to get there!).  The Battle of Britain memorial flight also put on a display at Goodwood which never fails to impress, both the sight and the sound.

All in all, a great day out. Sadly the trip home was somewhat wetter than the one there, and although Chris' TomTom software managed to locate some admirably traffic free roads out of West Sussex, the same could not be said for a very soggy M25, virtually stationary from the A3 at  junction 10 round to the M40 at junction 16.  Typical Friday afternoon... 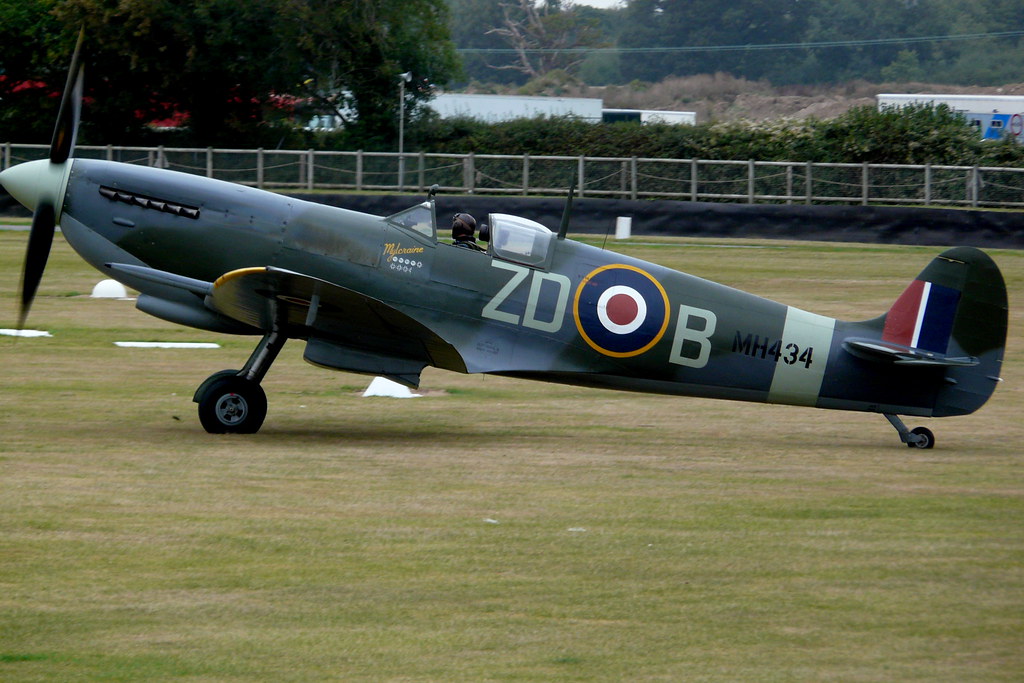 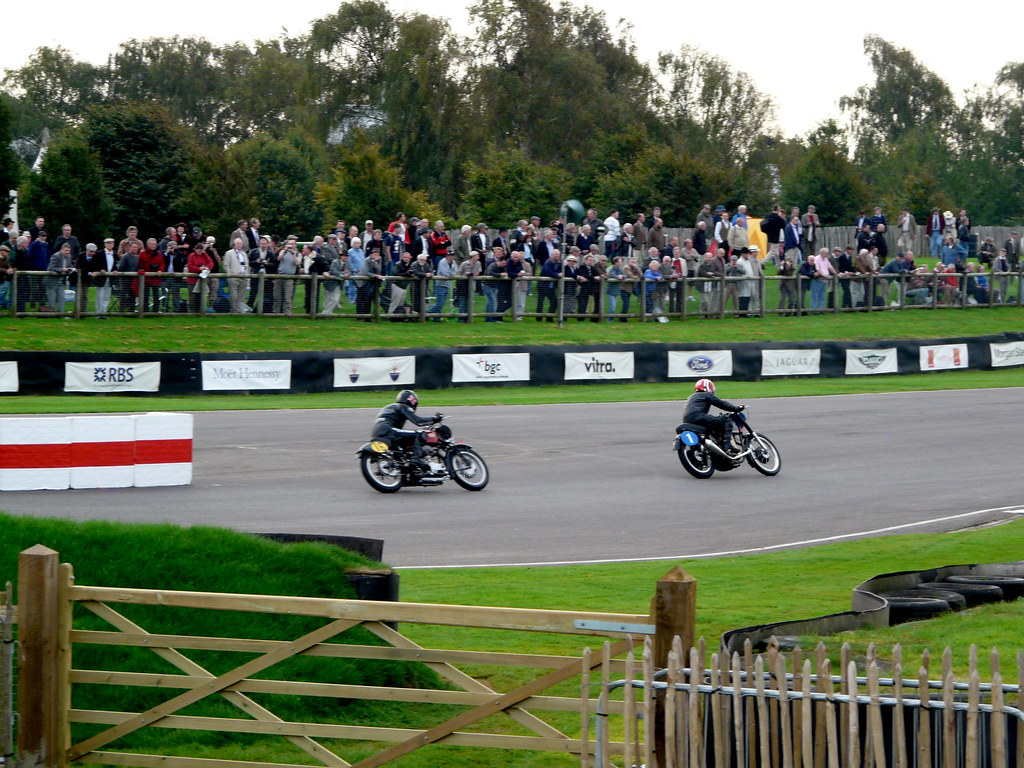 Nick and I made our first visit to the Goodwood Revival in 2008 - we thoroughly enjoyed it despite being surreal...

An old friend of mine from my KPMG days, now a partner in PWC, invited me and three others to the Goodwood Revival in 2008. James, Nick and I all agreed to ride down on our motorcycles, to make the occasion more authentic. James travelled on his own from Oxford on his Ducati 999. Nick and I riding our Tiger 1050’s met up on the A3 and travelled together and I had Steve, my friend and vicar, as pillion.

We all enjoyed the occasion greatly having got there early in order to watch the vintage racing bikes - well worth arriving early to see them.

The surreality of the occasion was due to timing. The week before Lehman’s had collapsed marking the beginning of the financial crash. Everyone was talking about and speculating what may happen - none of us realised how serious it would be!